A construction foreman and entrepreneur by trade, Giacomo Guazzoni built this house himself between 1903 and 1906, having commissioned the design from Giovan Battista Bossi. Here, in contrast to the colourful decorations of the nearby Casa Galimberti, the architect has expressed himself primarily through three-dimensional forms. The female heads, each different from the next, are cast in concrete, as are the floral motifs, the putti and the window surrounds. The balustrades of the balconies of the first floor are also in concrete, though those of the higher balconies are wrought-iron replacements, probably created by Alessandro Mazzucotelli. 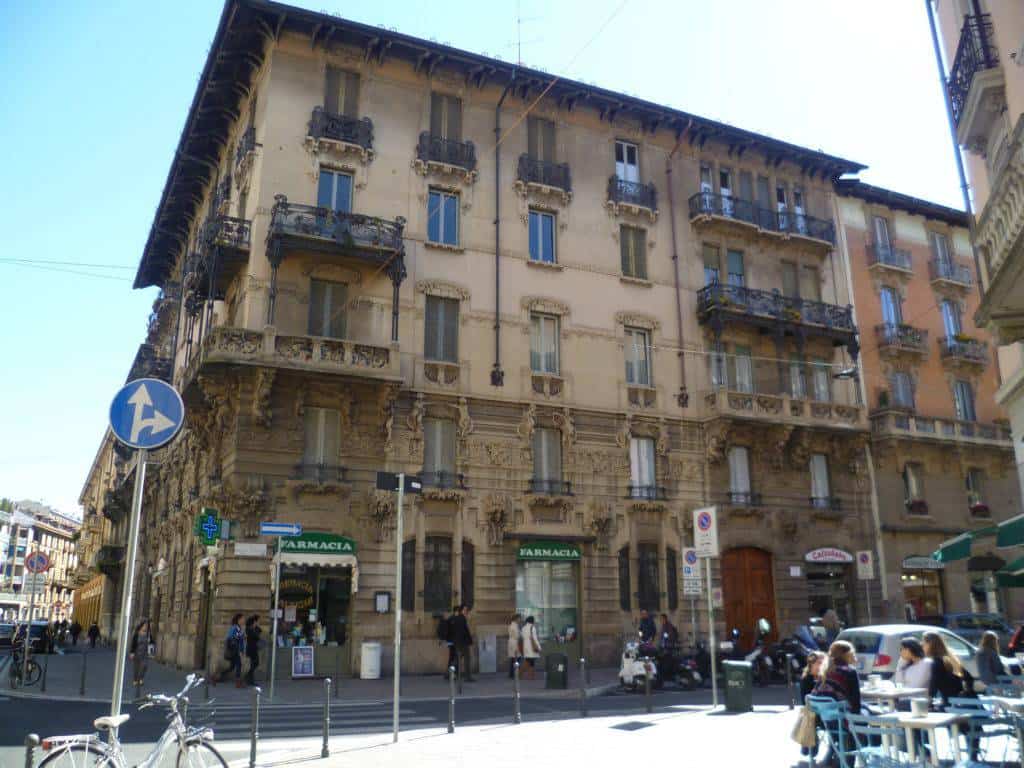