For some sixty years, this elegant nineteenth-century house was the home of the writer Alessandro Manzoni, a towering figure in Italian culture far beyond his native Milan. The residence, which has been restored and reopened to the public with all of the original furnishings, was acquired by Manzoni in 1813. A new façade was added between 1861 and 1864, to a design by the architect Andrea Boni. The rendering on the façade is incised with geometric patterns, while the terracotta decorations of the door and windows hark back to the Lombard Renaissance tradition. The building houses the Manzoni Museum and the National Centre for Manzoni Studies. 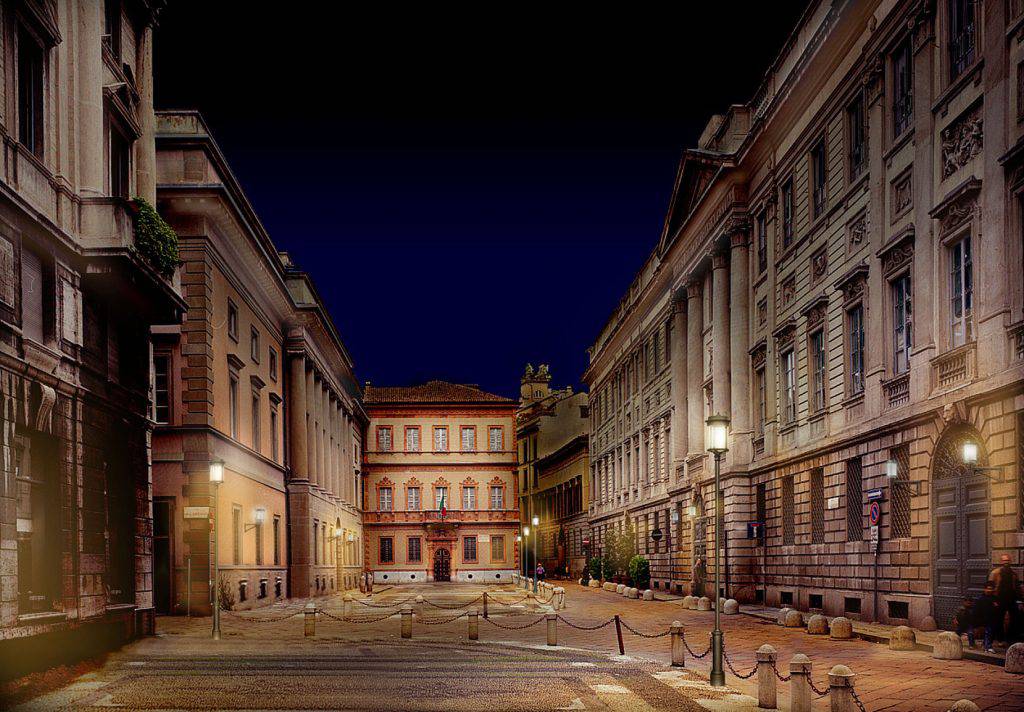