The design of what was originally called the Porta Orientale (“Eastern Gate”) was put out to tender in 1826. The winner was a design by the architect Rodolfo Valentini and the monumental gateway, one of eight toll gates incorporated into the city walls, was completed in 1829. It was renamed Porta Venezia in 1860, in honour of the city of Venice, which had remained in Austrian hands after the Second Italian War of Independence. Designed according to the Doric order, the two buildings each have porticoes on three sides, and are decorated with bas-reliefs and niches containing statues. 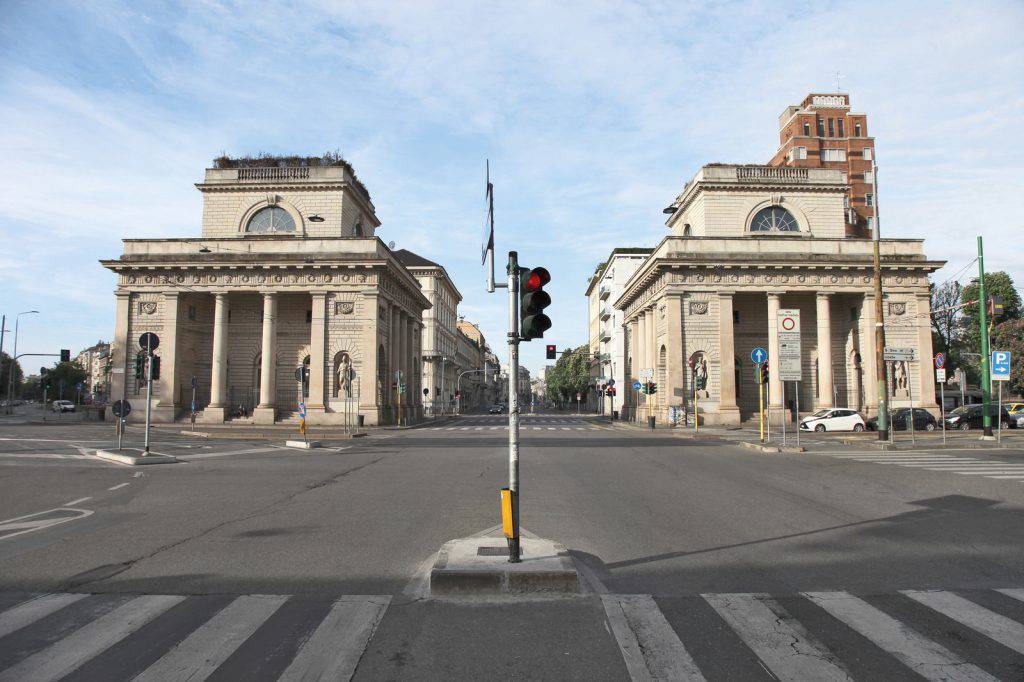