The palazzo owes its popular name – “cà dell’oreggia” or “house of the ear” – to the peculiar, ear-shaped intercom created by Adolfo Wildt. A residential building constructed between 1924 and 1927, it was designed by Aldo Andreani to be the centrepiece of a project to transform an area of parkland, which also provided the site of the nearby Villa Necchi Campiglio. The frontage includes a number of other distinctive features, such as the convex-concave corner defined by moulded cornices, high corbels and triangular tympanums, as well as by the stonework, which was deliberately left partially unfinished. 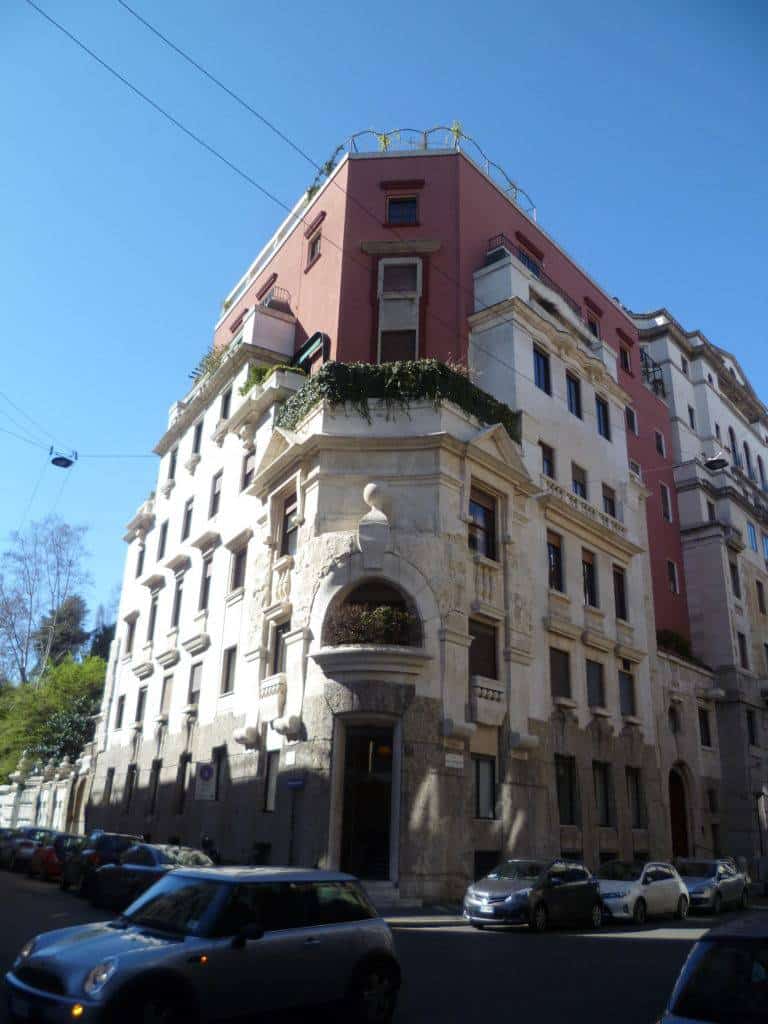