With the huge archway joining its two, parallel wings, this palazzo, which was designed by Piero Portaluppi and built between 1926 and 1930, may be considered the gateway to the new Exclesior quarter that was rising from the grounds of a former Capuchin convent in the late 1920s. The threshold between Corso Venezia and Via Salvini is sheltered by the large barrel vault of the archway, which is supported by Doric columns and decorated with a pattern of lozenges. 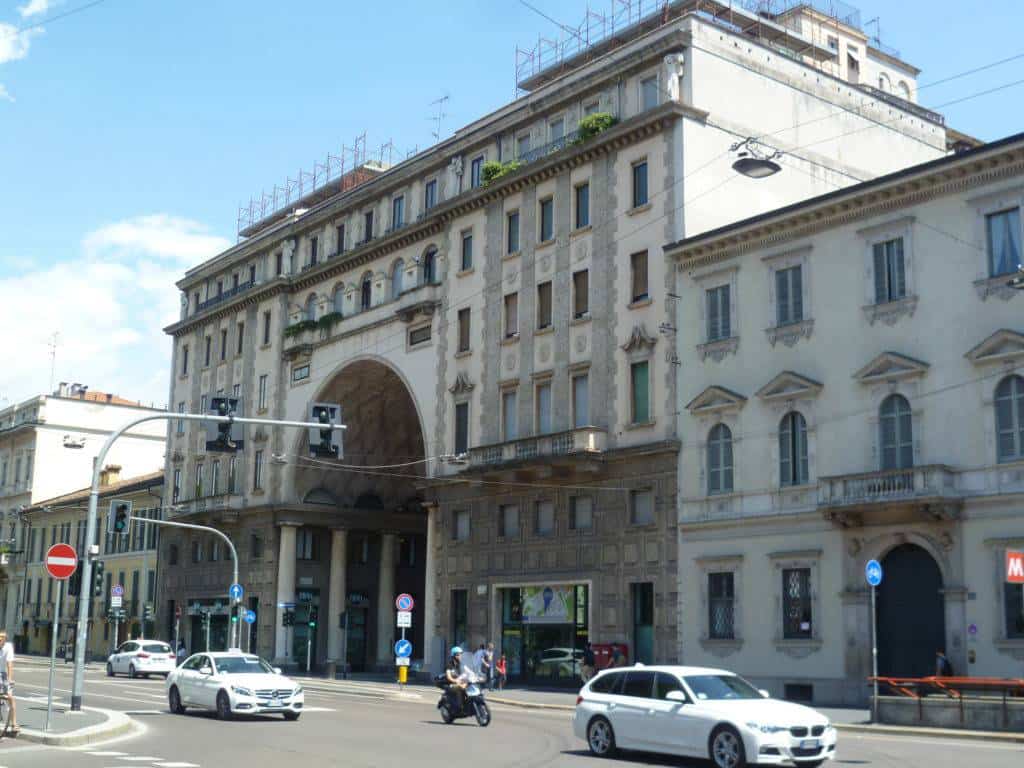