The imposing headquarters of Milan’s city council still bear the name of Genoese banker Tommaso Marino, who commissioned the building from architect Galeazzo Alessi. Among the original sections, the spectacular, richly decorated courtyard, with its portico and loggias, and the rear façade that looks onto Piazza San Fedele are particularly noteworthy. Work began on the palazzo in 1557, but it was not completed until the latter half of the 19th-century. It is part of a set of historic buildings around Piazza della Scala that includes La Scala, the monument to Leonardo da Vinci, the arch of the Galleria Vittorio Emanuele and the headquarters of the Banca Commerciale. Following the bombing raids of 1943, a number of sections had to be rebuilt including the Sala Alessi on the ground floor, in which, over the festive season, the city authorities host a now-traditional art exhibition. 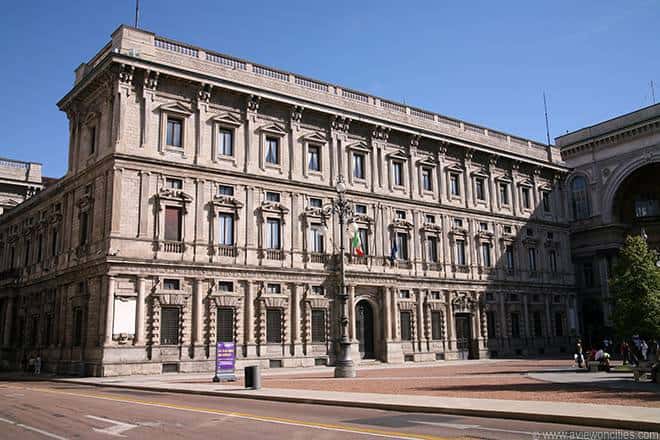