Occupying a section of the city’s former leper hospital, which appears in Alessandro Manzoni’s The Betrothed, this palazzo pays homage to the great novel with busts of the twelve principal characters in the courtyard along with four columns from the former building. Built between 1881 and 1887 by the engineer Ferdinando Luraschi, its six storeys flouted the “servitù del Resegone”, a bylaw that forbid the construction of buildings taller than three storeys in the north part of the city in order to guarantee a clear view of Mount Resegone and the Alpine foothills from the city walls. 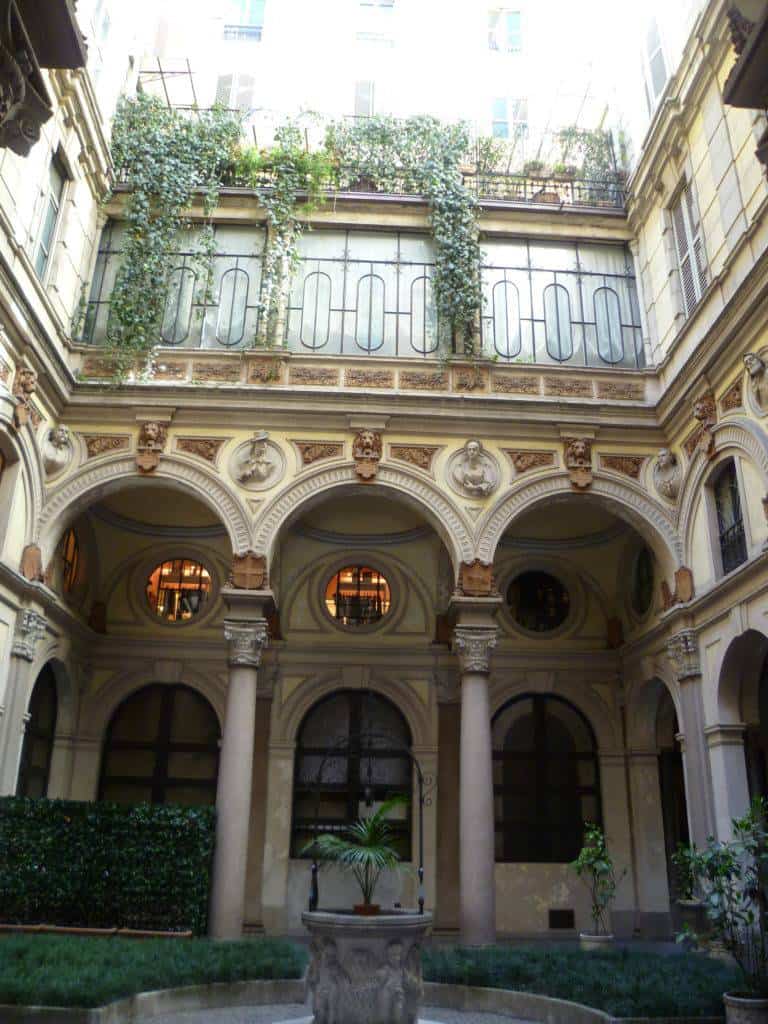