Rivers of ink have flowed within the walls of this building, which was commissioned by Mussolini to be the headquarters of his newspaper, Il Popolo d’Italia. Built to a design by Giovanni Muzio between 1938 and 1942, in the post-war era it was home to a number of important newspapers and periodicals and became known as the Palazzo dell’Informazione, or Palazzo dei Giornali (“Palazzo of Information”, or “of the Newspapers”). The central axis of the marble façade is emphasised by a section that includes the entrance, a balcony and, at the top, a monumental bas-relief by Mario Sironi. Sironi was also the author of the mosaic originally entitled Il lavoro fascista (“Fascist Work”) – later renamed l’Italia Corporativa (“Corporate Italy”) – which can still be seen inside. 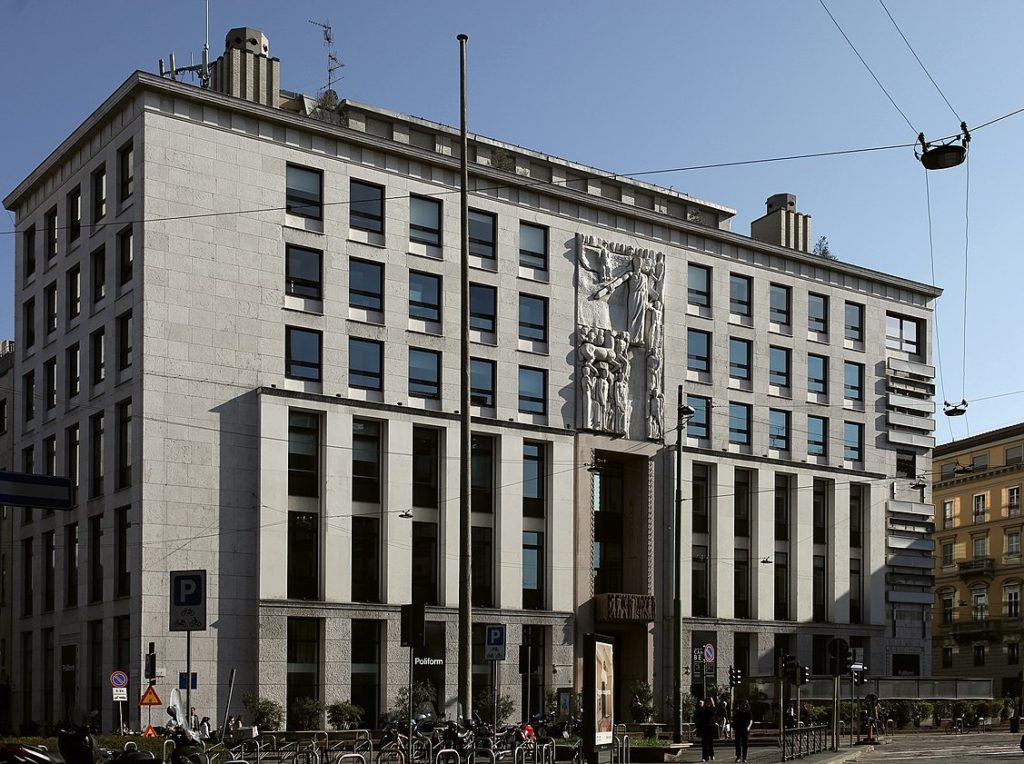