We owe the existence of one of the most important examples of Art Nouveau architecture in Milan to the fruitful relationship between the engineer Ermenegildo Castiglioni and the architect Giuseppe Sommaruga who oversaw construction of this palazzo between 1901 and 1903. Although the basic layout of the façade is simple enough, the decoration is exuberant, running from the rustic, natural rock forms that frame the round windows of the lower ground floor, to the floral panels beneath the windows of the first floor proper, the sculpted putti by Ernesto Bazzaro that crown the windows of the piano nobile, and the row of metal bees along the cornice. The floral cymatium above the portal – from which the head of a putto emerges in the top-left corner – was installed to replace two sculpted, nude, female figures that were removed because they were considered improper (their provocative postures had earned the building the sobriquet of “cà di ciapp” or “house of the buttocks”). 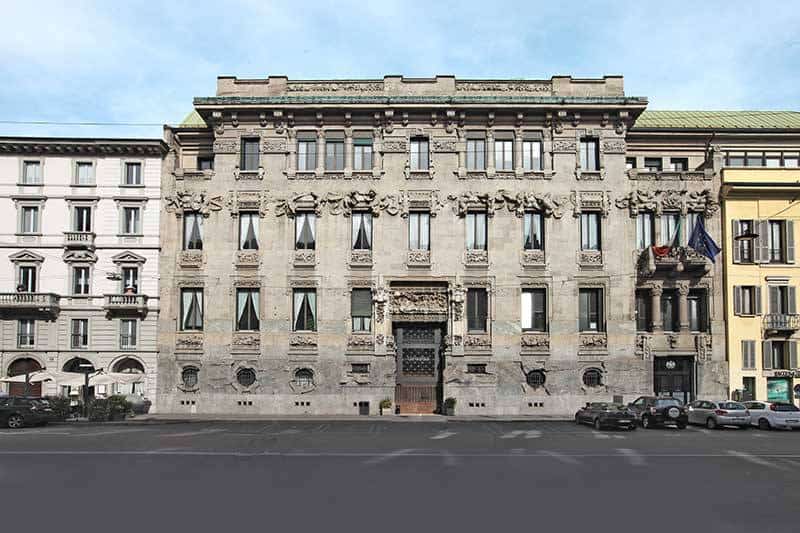