Built at the behest of Archduke Alberico Barbiano di Belgioioso d’Este to a design by Giuseppe Piermarini in the second half of the 18th century, this stately palazzo boasts a tall lower storey faced in bossage stonework, above which are two further storeys in the Corinthian order, with monumental pilasters and four, central half columns crowned with a triangular tympanum. The spaces between the windows of the first and second floors are filled with bas-relief carvings. Inside, a monumental staircase climbs to the piano nobile, which boasts plasterwork decorations by Giocondo Albertolli and frescoes by Martin Knoller. 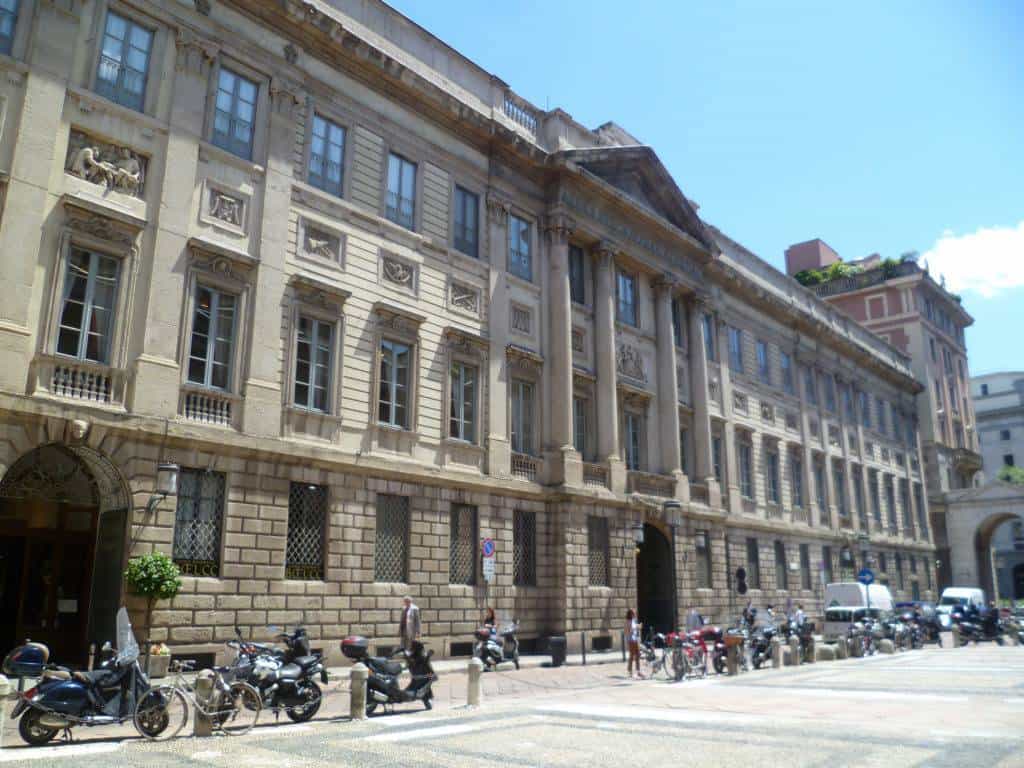