The museum, on the first floor of Palazzo Morando, is divided into two distinct museum paths: the Pinacoteca which includes the rooms towards the inner courtyard of the building, and the 18th-century rooms of the Morando Attendolo Bolognini apartment overlooking via Sant’Andrea. The Pinacoteca preserves an important iconographic collection that illustrates the transformations of the urban fabric and the main manifestations of public and private life in the city of Milan between the seventeenth and nineteenth centuries. With the reorganization of the Pinacoteca, the original arrangement of the eighteenth-century rooms of the apartment was restored, following the typical characteristics of 18th-century noble residences. The exhibition path of Palazzo Morando is divided into two itineraries: the first collects the artistic testimonies dedicated to Milan and its iconography from the seventeenth century to the first decades of the twentieth century; the second, is divided into the rooms of the noble apartment along the street front of Via Sant’Andrea. 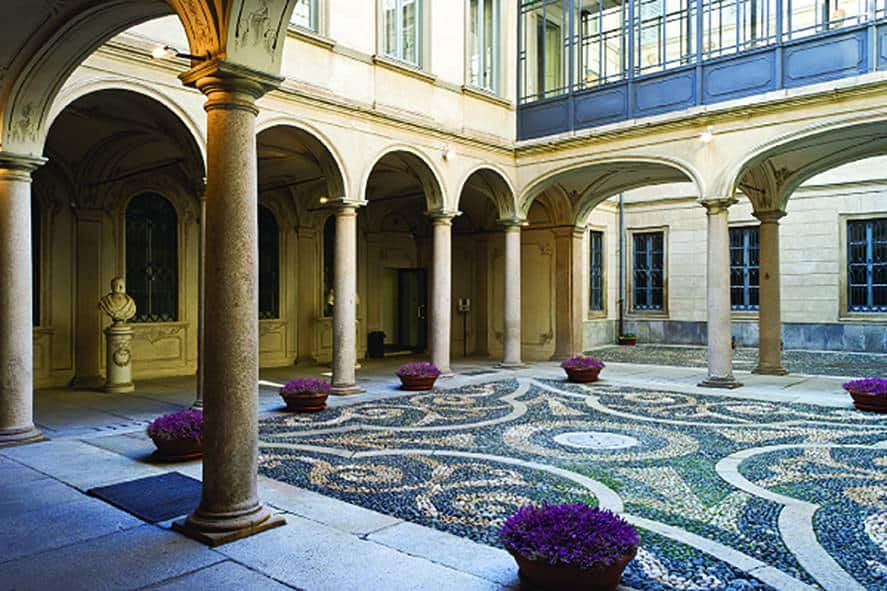