One of the most important public works to be completed in the years following the unification of Italy, this spectacular, if not especially graceful, monument by sculptor Pietro Magni presents the celebrated figure of Leonardo surrounded by four of his pupils: Cesare da Sesto, Marco d’Oggiono, Giovanni Antonio Boltraffio and Salaì. Ten years in the making, it was unveiled in 1872. The sides of the pedestal are carved with scenes from the life of Leonardo that implicitly celebrate the pomp and splendour of the city in the age of the Sforza family. The distinctive form of the monument has earned it the playful nickname of “on liter in quater”, which in the local dialect literally means “a litre split four ways”, as though the figure of Leonardo were a bottle of wine surrounded by four glasses. 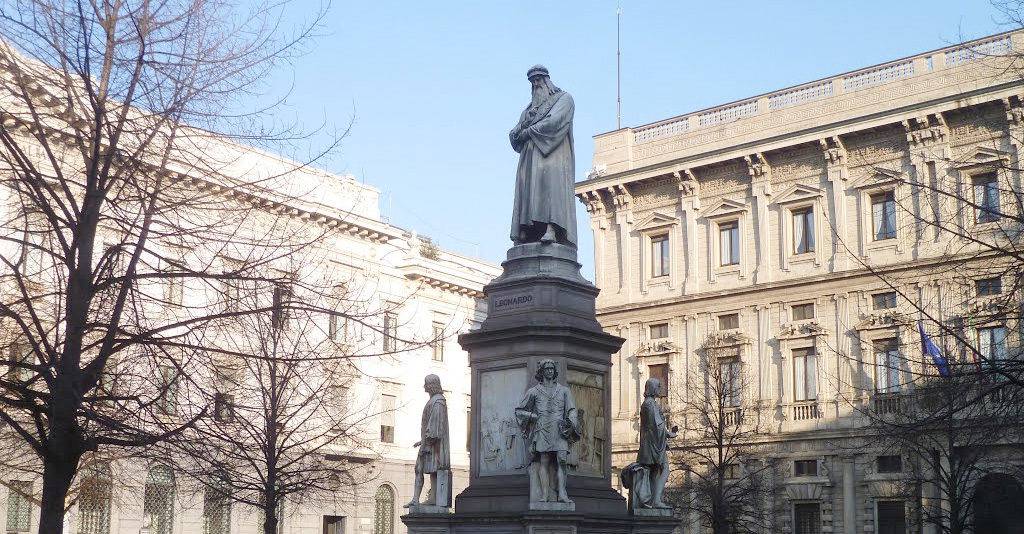