In 1608, work began on a building complex that would serve as the base of the Helvetic College established by Archbishop Charles Borromeo in 1579 to train Swiss clergy. The building was commissioned by Charles’ cousin Federico Borromeo, who turned to the architects Fabio Mangone – who designed the two courtyards – and Francesco Maria Ricchino, to whom we owe the curvilinear façade. The building was completed some time after 1776 by Leopoldo Pollack. After the seminary was closed, the building was used for administrative and governmental purposes, and has been home to the State Archive since 1886. A sculpture by Joan Mirò entitled “Mere Ubu”, which was donated to the city by the artist in 1982, stands in front of the entrance. 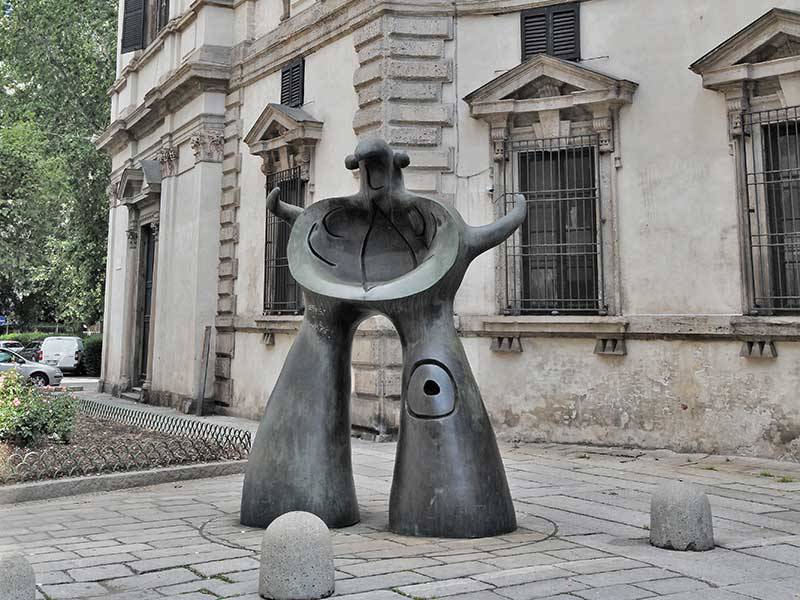