The windows of this typical fourteenth-century house are outlined in red terracotta. The building was renovated towards the end of the 15th century by Francesco Fontana, who was a councillor at the ducal court. It is traditionally thought that Donato Bramante was the creative force behind the renovations. He is known to have painted the frescoes that once decorated the façade with architectonic motifs, though these are now lost save the frieze below the cornice. A finely carved portal in stone from Angera leads into an interior courtyard. The portico is decorated with tondi, which frame portraits of members of the Sforza dynasty and Roman emperors. 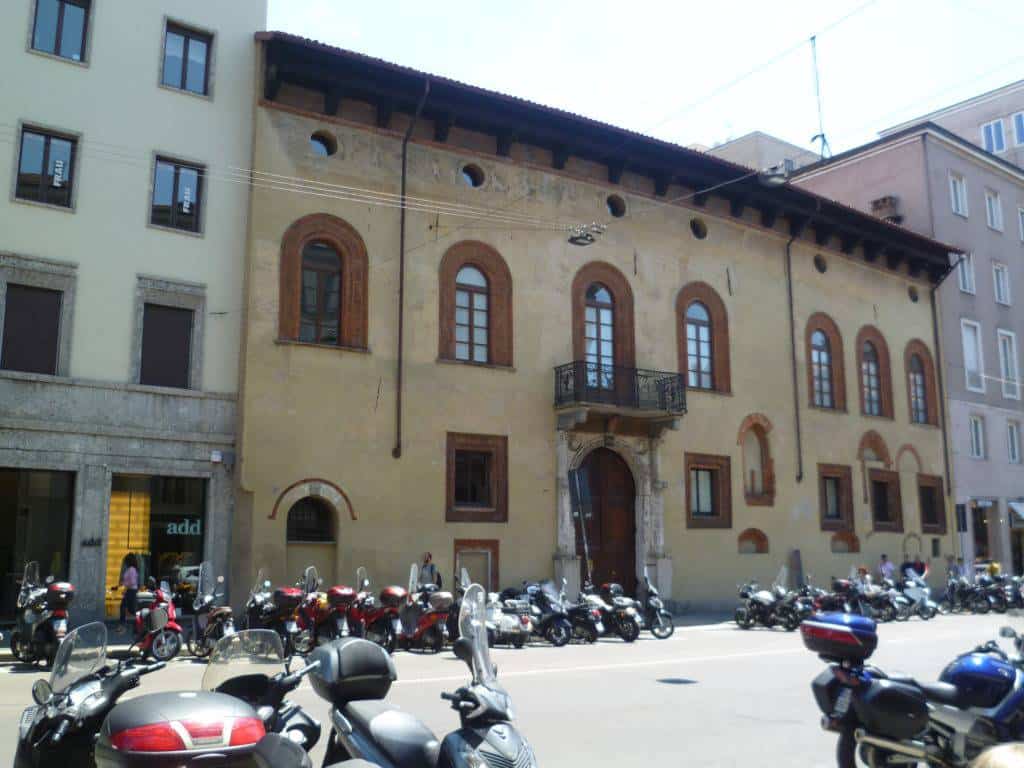