A superb example of an artist’s home, which was built – it is thought – in the early 1560s by the sculptor Leone Leoni. It was intended as a home both for the artist himself and for his art collections, which included papers and drawings belonging to Leonardo da Vinci. Visiting Milan in 1566, Vasari praised the building’s wealth of playful invention. The omenoni – “giant men” – by which the palazzo is popularly known are, in fact, eight atlases sculpted by Antonio Abondio, which can still be seen on the façade. The interior was restructured during the 19th century, and again in 1929, when it became the headquarters of the exclusive Clubino gentlemen’s club. 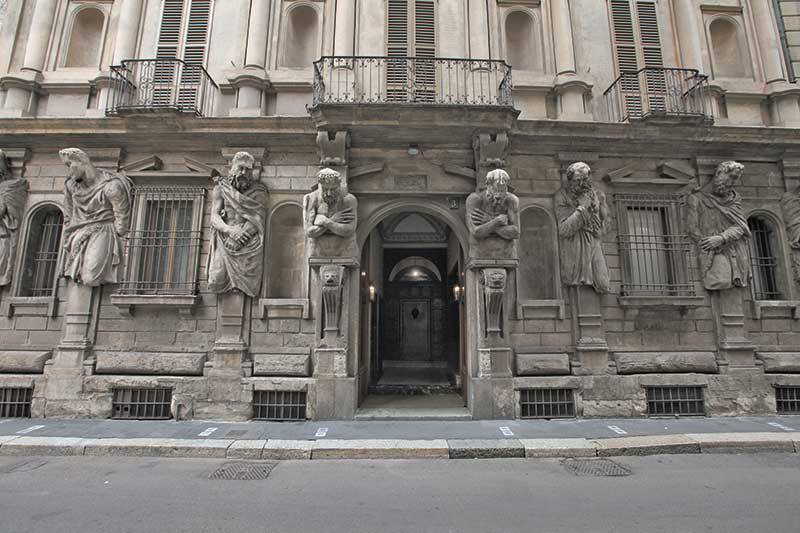