The arches of Porta Nuova

The arches of Porta Nuova

These twin arches in the city’s Porta Nuova district formed a gateway in the medieval city walls. Clad in bi-colour marble and “serizzo” gneiss, they are flanked by the bases of two towers, which were shortened after the construction of the Spanish walls in the 16th century. The pedestrian passageways, which were opened in 1861, were designed by Agostino Nazari. The side facing Via Manzoni is adorned with Roman funeral plaques, with niches housing busts from the first century AD. The opposite side bears a copy of a 14th-century marble tabernacle containing relief sculptures of the Virgin and Child with St Ambrose, St Gervasius and St Protasius. 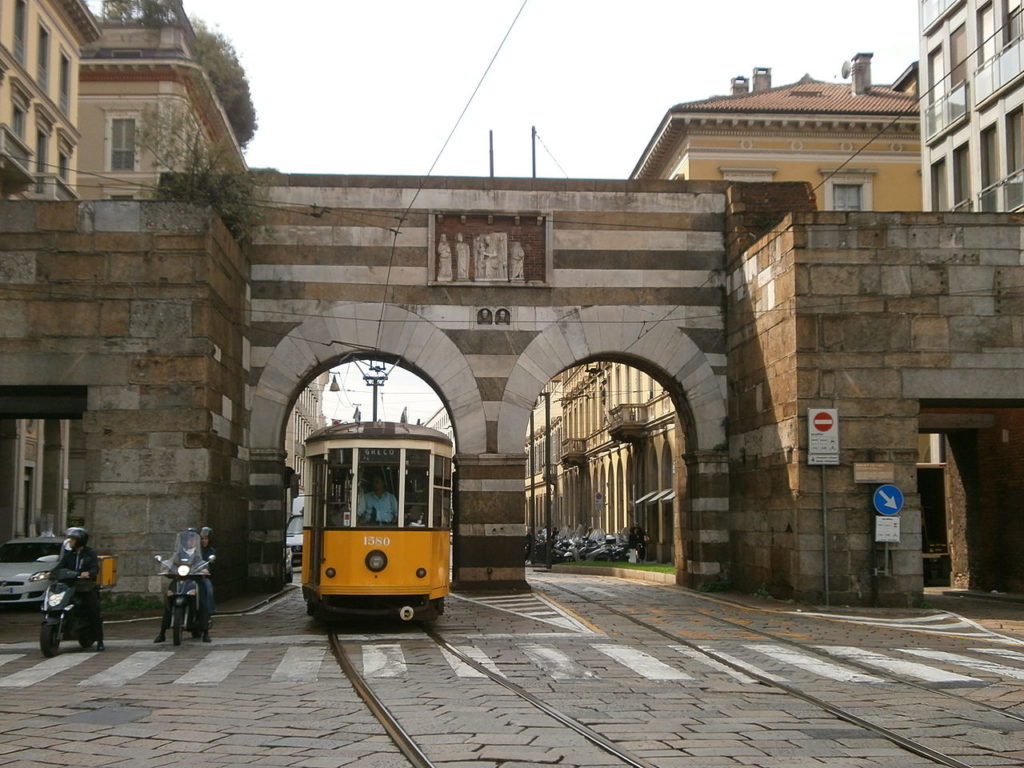