Dino Colla, a barber who trained in Ferrara, opened the Antica Barbieria (Old Barbershop) at No. 19, Via Manzoni, in 1904 and in next-to-no-time it became something akin to a gentleman’s club. Shortly thereafter, the barbershop moved to a unit opposite La Scala, but the bombing raids of 1943 destroyed it. It re-opened in 1944 in its current premises with a single employee, Guido Mantovanini, who then inherited the business, which is today run by Franco Bompieri. Entering the barbershop, one seems to breathe in the atmosphere of a bygone age – a feeling generated by the time-honoured trade that is plied there, by the original furnishings, by the worker’s uniforms and by the details that are indicative of the “artisanal” nature of the work being done. The walls, above the mirrors, are carpeted with photos of the famous heads they have had the pleasure to know. Current owner Franco Bompieri is also an author, with numerous books to his name, including “Antica Barbieria Colla, ovvero la salute dei capelli”, 1980 and “Antica Barbieria Colla 1904-1914”, which tell the story of his barbershop. 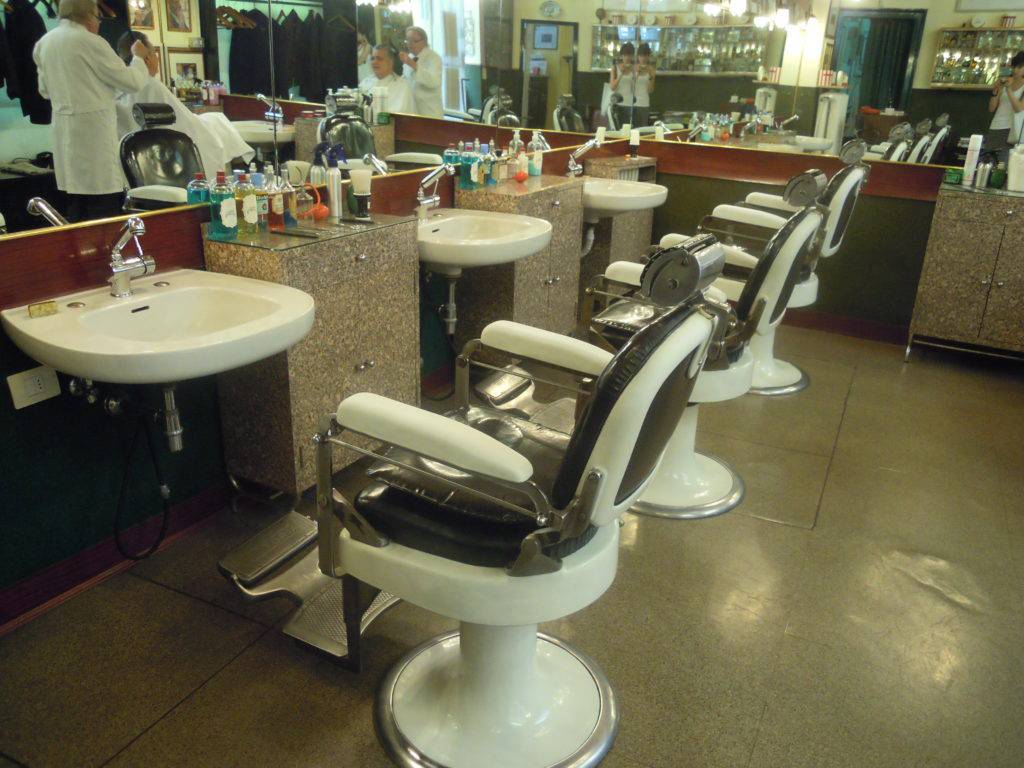