The store on Via Manzoni, on the corner with Via della Spiga, was opened in 1946 by Giuseppina Preattoni (originally Preatoni), the third generation of a business first established on Via Ciovassino in 1902 by the current generation’s great-grandfather. Between 1950 and 1955, the arcade on Via Manzoni was constructed, and after a transfer lasting a few years to Via Fatebenefratelli during which the company was concerned mostly with the sale of perfumes, the shop returned to dealing with knives, razors and items of male perfumery. Today, the fourth generation, represented by Lorenzo, continues the family tradition, searching out and offering high-quality, highly functional and original products. The fit out, which dates from 1989, features a series of display cabinets containing ancient, valuable objects conserved by the previous generations or subsequently purchased by the family. 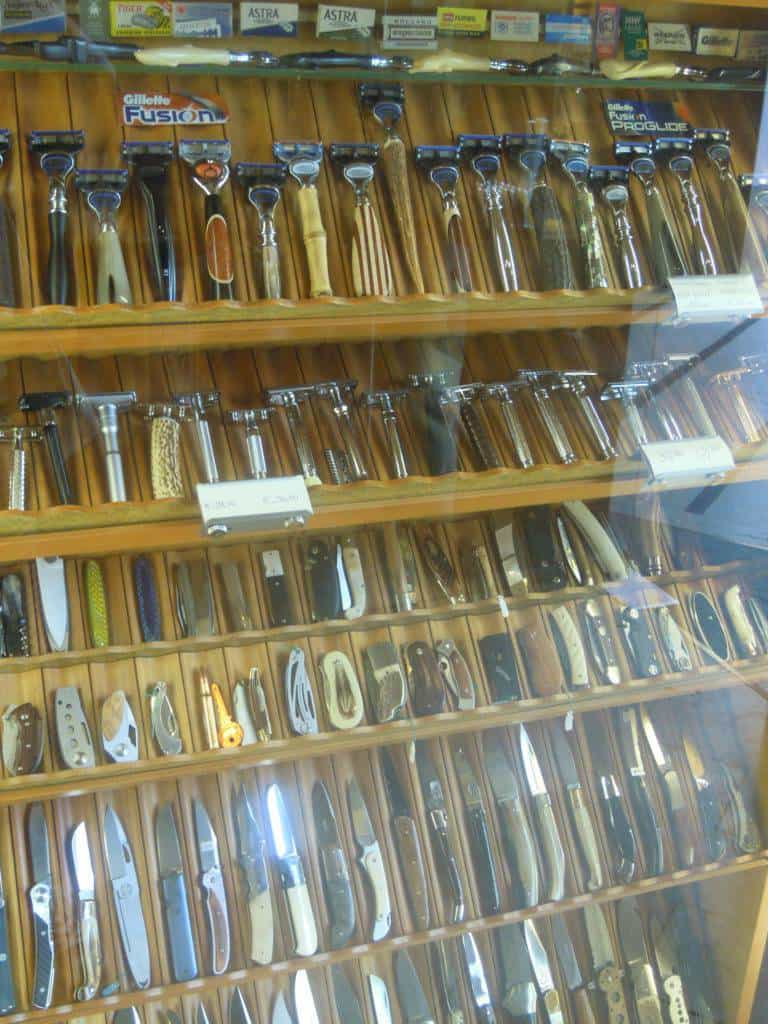