Completed in 1990, Piazza Croce Rossa was designed by the architect Aldo Rossi to evoke a typically “quiet little Lombard piazza” facing out over Via Manzoni. At the centre stands a monument erected in memory of the former Italian President Sandro Pertini. It takes the form of a hollow cube, 8 metres on each edge, with one side punctuated by a triangular fountain and a slit-like opening, which can be reached from the inside via a staircase. The monument is clad in alternating blocks of grey and pink stone, including the same Candoglia marble used on the facade of Milan Cathedral. 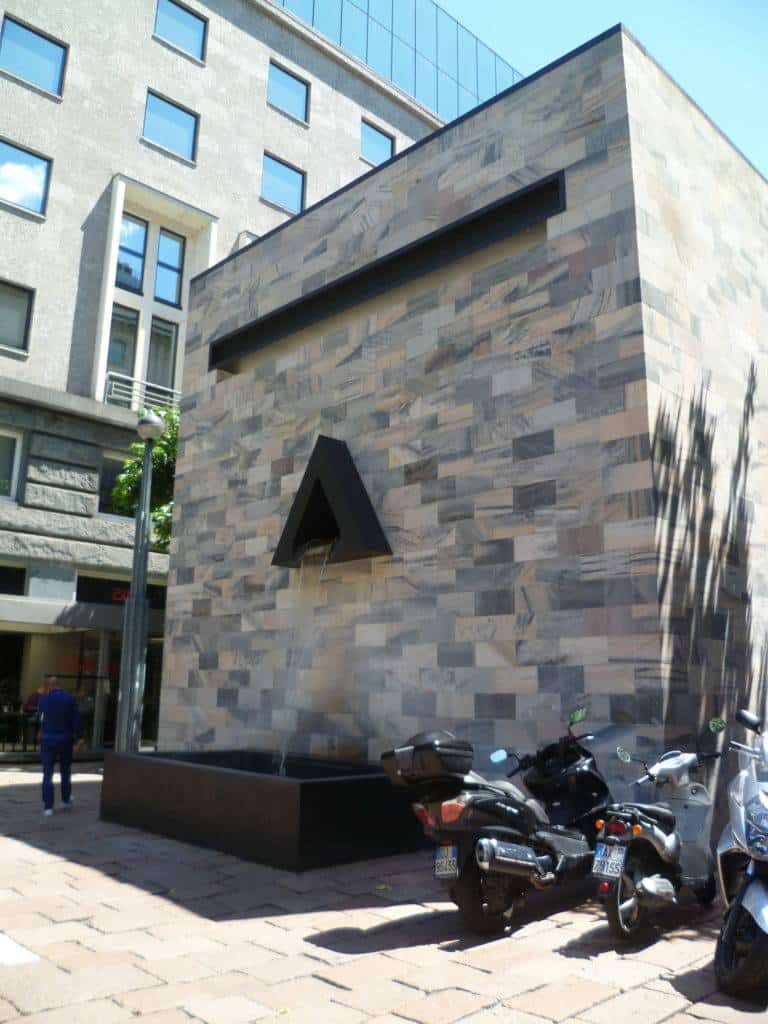