The Pennisi antique jewellery store, on the ground floor of the Grand Hotel et de Milan, was founded in 1971 by Giovanni Pennisi, a diamond wholesaler of Sicilian origin, the grandson of jewellers and goldsmiths who have run jewellery and goldsmith boutiques in Catania for four generations. At the end of the 1960s, the price of diamonds increased exponentially, and so Giovanni decided to open an antique jewellery shop, where to this day he sells jewellery from the 18th century onwards, with a particular focus on Art Deco (1925-1930). It so happened that a set of jewellery, which perhaps belong to the Empress Sissi, designed by a Viennese jeweller who served the Imperial family, ended up for sale at the store. Together with the pieces of jewellery, there was also the preparatory design, which is something of a rarity. Today, the store, which has retained its original furnishings, is run by his son Guido, aided and abetted by the third generation, represented by Emanuele and Gabriele. The store also offers repairs to earrings, rings and other precious stones. 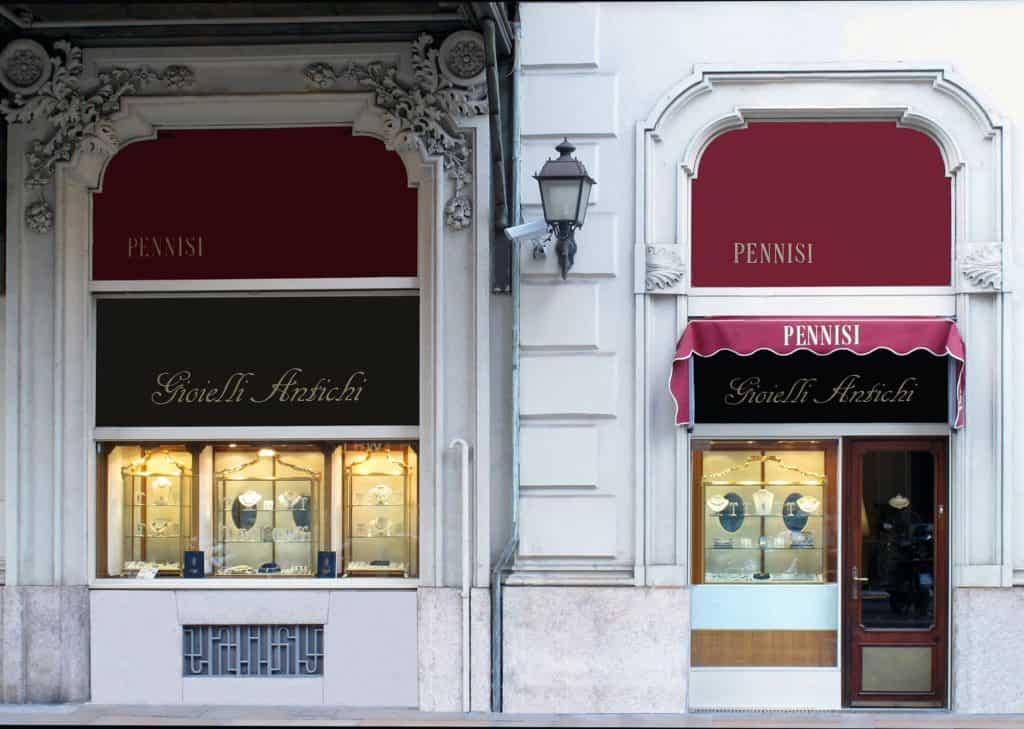