A rare and interesting example of a piece of religious architecture in the rococo style, sited on the noble boulevard of the former Corsia del Giardino, behind the so-called “fashion quadrilateral”. The Milanese consider this 18th-century temple to be a place of music, and indeed, the plan of the church is reminiscent of the shape of a double bass. Internally, set against a veritable galaxy of frescoes and stuccoes, there are two important organs: the main organ is in two separate sections, one of which is on the counter facade, while the other dates from 1924 and was inaugurated in that same year by Marco Enrico Bossi.  The apse plays host to a positive organ built in the late 20th century. The church also has a meeting room, the “sala tiepolesca”, which owes its name to the Tiepolo-style decorations, with access from Via Montenapoleone. 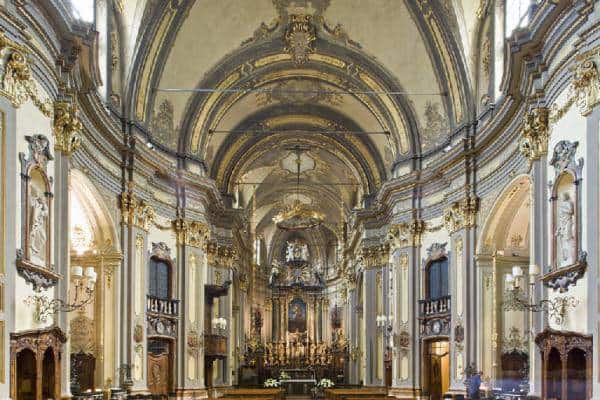