Bijoux de Paris was established in Milan in 1953, with the concession of the Burma brand: since then, it has produced imitations of authentic jewels, collaborating with third-party workshops and top-flight artisans that also manufacture original costume jewellery. The name of the shop derives from the provenance of the products, which to begin with were mostly French in origin, whereas today they are made in Italy. Over time (we are now into the second generation), the store has retained the same structure and furnishings – unmistakably 1950s – with leather armchairs and cabinets featuring black silhouettes against which the pieces of jewellery stand out. The proximity to La Scala and the high quality of the products have led numerous famous names to pay a visit to Bijoux de Paris, including Maria Callas, when she wanted to find imitations to match real pieces. Moreover, the parure of pearls worn by Claudia Cardinale in the memorable ball scene in The Leopard was chosen here. 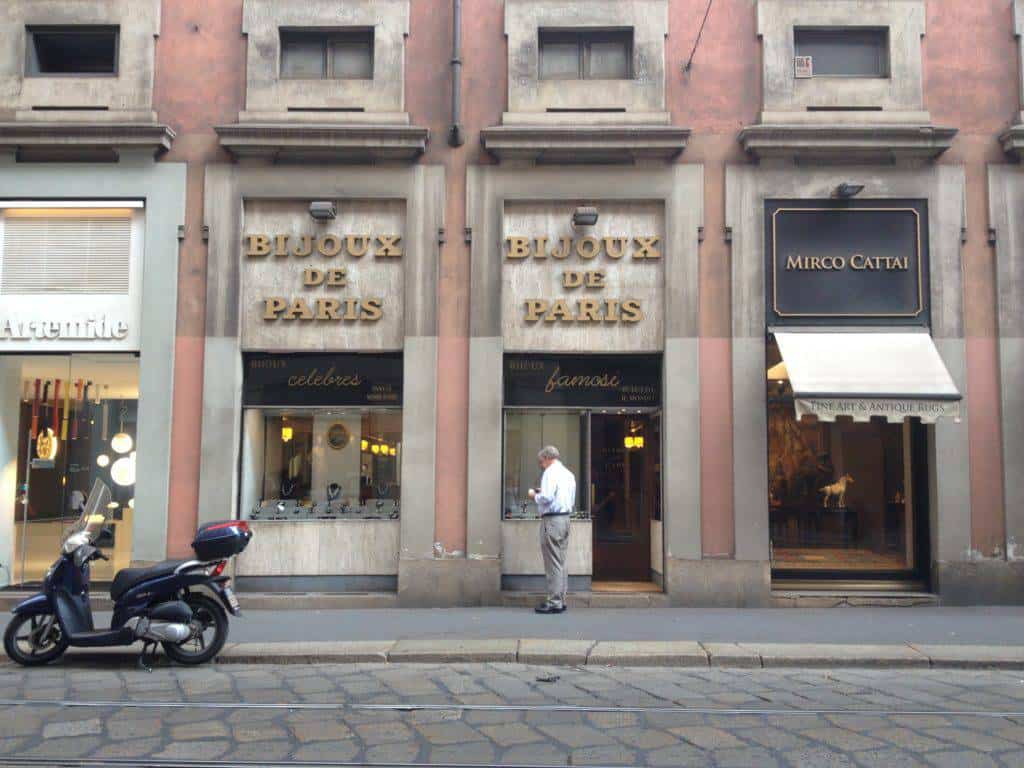